Considering Moving Your Supply Chain Out of China?

Here are 3 Alternative Countries to Look Into

The recent political and economic instability generated by the US / China trade war has created a plethora of problems for those in the manufacturing industry. China remains the industry’s global leader, but the current volatile circumstances show that it’s worth exploring other options. Rising tariffs and production costs have pushed many companies to move their supply chains outside of China. Those who have not made the move already are likely considering it, so here is what you need to know.

Many of the companies that have already left China relocated their supply chains to Vietnam. The country’s cheap labor and stable government make it one of the most appealing manufacturing alternatives to China. This recent trend has substantially boosted their economy. The country is expecting an economic growth of 6.8% in 2019. Unfortunately, it is possible that Vietnam may be benefitting too much from the trade war—leaving the country at risk of getting hit with punitive tariffs from the United States or having their manufacturing bubble burst once the trade war dies down. Increase in demand for manufacturing in Vietnam could also cause the cost of land and labor to climb. Moving to Vietnam could benefit your business in the short-term but may not be the best long-term solution.

While each of the following countries provide an alternative to manufacturing apparel in China, none of them have reached a fully developed status. Manufacturing in a developing country can be much cheaper than manufacturing in China, but it comes with a higher risk of quality control issues. 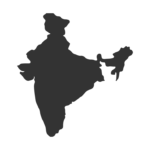 India’s manufacturing industry is relatively new compared to China’s, but it is growing rapidly. India’s close proximity to China allows for a lower cost of importing raw materials and overall their factory labor costs are much lower. 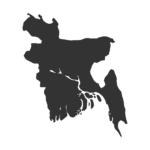 Behind China, Bangladesh is the world’s second largest exporter of fast fashion. Their textile manufacturing industry has recovered quickly and drastically since the garment factory collapse of Rana Plaza in 2013. Increased awareness of worker safety has led to a rise in labor cost. 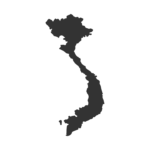 Vietnam’s apparel manufacturing industry is the fastest growing in the world. Because they are still growing, many factories are willing to offer smaller minimums for order quantities. This is a huge plus for smaller businesses and start-ups.

If you’re manufacturing apparel, one of your largest concerns is the cost of labor due to the labor-intensive process of textile production. It’s important to understand that just because labor costs in certain countries are low now, they may not be for long. China remains the leader of textile exports, but their labor costs are rising. Other countries like India, Indonesia, and Vietnam follow closely behind, but none of them are perfect alternatives.

IMPORTANT NOTE: China produces the majority of the raw materials used in product manufacturing, so you might be moving your product assembly and shipping elsewhere, but part of your supply chain will likely still exist in China.

Putting the apparel industry aside, there are plenty of countries that can manufacture your product, whatever it is, for a smaller cost. That doesn’t mean they’re the best fit for your product or business. Countries that are less established with production often lack the overtime labor and skilled workers that China has, causing delay and other production trouble. The majority of countries that offer cheap manufacturing are still developing nations and do not properly compensate or protect the people that work in their factories.

With some large companies leading the way out of China, it might be easy to think that it is the right choice for you, and it could be. Before making the final decision, you should understand that moving a supply chain is a complicated process that’s especially difficult for smaller businesses and start-ups. Here at Blacksmith we know the hard work you’ve put into your products, and we want to see you succeed. That’s why we take decisions like this very seriously. For those of you that have decided to move your production outside of China, we are here to help you balance the pros and cons and make the best supply chain decision for your product company. Contact us here.