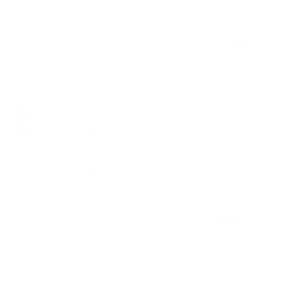 In the decade leading up to 2002, the Chinese government implemented a series of very attractive incentives designed to bring foreign manufacturers into the country – and they were extremely successful. In just four decades, China became a global manufacturing superpower. China has since removed these incentives because their manufacturing sector is now well-established and experienced—in many cases the best in the world.

Despite political tensions and uncertainty, China continues to expand faster than most other manufacturing economies. China also continues to rank higher than all of the top alternative countries for sourcing and manufacturing in almost every measurable category.

Since 2018, some notable brands have moved their manufacturing out of China. Many have moved in order to avoid tariffs. Others have left in search of a new cheap labor market. However, for many product companies, manufacturing in China is still the most cost-effective, high-quality, efficient production of goods.

The manufacturing industry contributes to more than 70% of global pollution. As a manufacturing leader, China suffers more from pollution than any other country in the world. In an effort to reduce pollution and waste, the country has committed to an extensive green initiative. China recently released its third batch of green manufacturing lists, including 391 green factories, 480 green design products, 34 green industrial parks, and 21 prominent green supply-chain management enterprises. Overall, the country is focusing on reducing negative environmental impact while maximizing the utilization of resources.

In addition to the new trend of green manufacturing, China introduced a new environmental tax in January of 2018. Unlike the previous fee system, the revenue from the tax is collected and retained locally. While previous systems made no distinction between light and heavy polluters, the new tax applies different rates for different types and levels of pollution. Failure to pay the tax results in a substantial fine and sometimes even criminal charges.

China is the largest developing country in the world, with a GDP of more than US$14.2 trillion. In the last decade, China overtook Japan to become the world’s second-largest economy behind the US. After opening their doors to foreign trade in 1979, the country maintained an average GDP growth of 9.5% through 2018. This growth was described by the World Bank as the fastest sustained expansion by a major economy in global history. The backbone of China’s economic growth is their powerhouse manufacturing industry. In 2018, China’s industrial and manufacturing sector equated about 40% of their GDP.

China alone accounts for nearly 50% of global manufacturing output. This gigantic industry is powered by a highly-skilled and experienced labor force. Because the industry is so well established, the country is able to manufacture products exceptionally well in essentially every sector.

After four decades of extensive growth, the Chinese economy is finally slowing down. In order to remain relevant and competitive, the Chinese government is pushing for innovation-driven development in the manufacturing industry. In 2015, the government announced the “Made in China 2025” plan, or MIC25, which focuses on growing 10 key sectors, including robotics, power equipment, and next-generation IT. China hopes to reach a 90% market share of new energy vehicles and an 80% share of IT products by 2025. The initiative also aims to improve overall product quality across all manufacturing sectors.

China ranks 31st globally in the 2019 World Bank Ease Of Doing Business Survey, beating out regional competition India (63), Vietnam (70) and Bangladesh (183). For the second year in a row, China ranked in the top 10 most improved economies for ease of doing business. The country has made substantial efforts to improve in this category, including 8 business reforms that simplify and streamline business processes. The country has made significant progress in many areas, including construction permitting, getting electricity, investor protection, and contract enforcement. There is still room for improvement in other areas such as ease of paying taxes, getting credit, and trading across borders.

When companies began moving their supply chains to China, one of the most appealing factors was access to cheap labor.  Although China’s labor costs have risen significantly in the last decade, they are still much lower than in the US. And, while an important factor to consider, labor cost is not always the best indicator of total production cost.

Many countries have cheaper labor than China, however, their manufacturing industries are still developing. This means the likelihood of defect rates and other logistical difficulties is higher, which can add significantly to overall cost. China’s large-scale production operations allow for costs to remain lower than most countries, and their highly-developed infrastructure decreases the cost of transporting raw material. When deciding where to manufacture, companies should also consider the cost of shipping product, which will vary greatly depending on the courier and method chosen.

The United States has free trade agreements with 20 countries, but China is obviously not one of them. For manufacturing in most countries, this means paying duties and taxes on goods imported into the US. Unfortunately, China and the US are in the midst of a brutal trade war, and US companies are taking a significant hit. The tariff increases implemented during the trade war have added to the cost of manufacturing in China. Because the trade war is still ongoing, it’s difficult to predict if and when the tariff increases will stop. While uncertainty in China makes other manufacturing in other countries seem more appealing—it’s important to carefully weigh the options. Moving an established supply chain into another country is cost and time intensive.

Do Your Due Diligence

No matter what country you’re manufacturing in, finding the right supplier is crucial to the success of your product. Do your due diligence to ensure that the supplier is honest and legitimate. This means investigating the finances, certificates, and creditworthiness of the supplier. Do they have the money and resources to manufacture your product? Will they be able to complete the project within your timeframe? Will they hold up to your standards of quality? Asking these questions before making a commitment will help prevent problems in the long run.

In spite of rising labor costs and political instability, China remains the world’s leader in nearly every aspect of manufacturing and is making significant effort to maintain that status. That said, you still may be considering other options. Deciding whether or not to move your supply chain is a difficult decision. Here at Blacksmith, we know that decisions like this shouldn’t be taken lightly. We’re committed to working with you during every step of the manufacturing process, and if you do decide to relocate—we work with more than 1,500 vetted global factories and would happily find another good fit for you.

Get Your Product Made Right

Get Your Product Made Right
Page load link
Go to Top